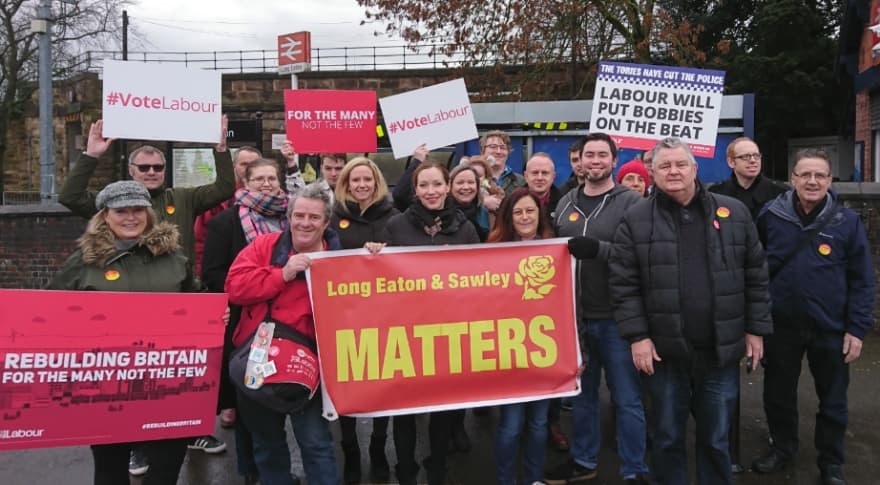 Erewash Labour welcomes the election of Sir Keir Starmer and Angela Rayner as Leader and Deputy Leader of the Labour Party, respectively.

With over 56% of the vote, Keir will now build upon our legacy as the party who have always fought and will continue to strive for a fair, equal and just society.

Under the Tories local authorities have lost 60p from every £1 in funding that the last Labour government provided. Our community is feeling the strain; from the closure of local social care services to the U-turn on free car parking in our town centres.

Denise Mellors, Erewash Labour Group Leader said “I congratulate Keir and Angela on their election, and welcome their commitment to supporting local government, especially during these trying times. I will look forward to working with them both and the Shadow Cabinet as we navigate through a national crisis. It is vital now more than ever to strengthen the partnership between national and local government”

Starmer, a former director of public prosecutions, hopes to “reconnect us across the country, to re-engage with our communities and voters, to establish a coalition across our towns and our cities and our villages.” To do so we would like to extend an invitation to Keir, Angela and the newly appointed Shadow Cabinet to come and visit Erewash; to work closely with us and Councillors across the country, to hear from residents and learn from our experiences on the front-line battling for local communities.

Catherine Atkinson, Chair of Erewash Constituency Labour Party said “Everyone in Erewash is facing an incredibly difficult time; from the businesses and self-employed facing economic crisis to the public sector workers on the front line against the virus, and the families who have lost loved ones. In Keir, they have a leader who will challenge the Government responsibly through the crisis and afterwards fight to make sure lessons are learned and we build a fairer better country.”

Well done to Keir and Angela on their election. We also thank Jeremy Corbyn for his service as leader, his passion and drive for a better society that works in the interest of the many.