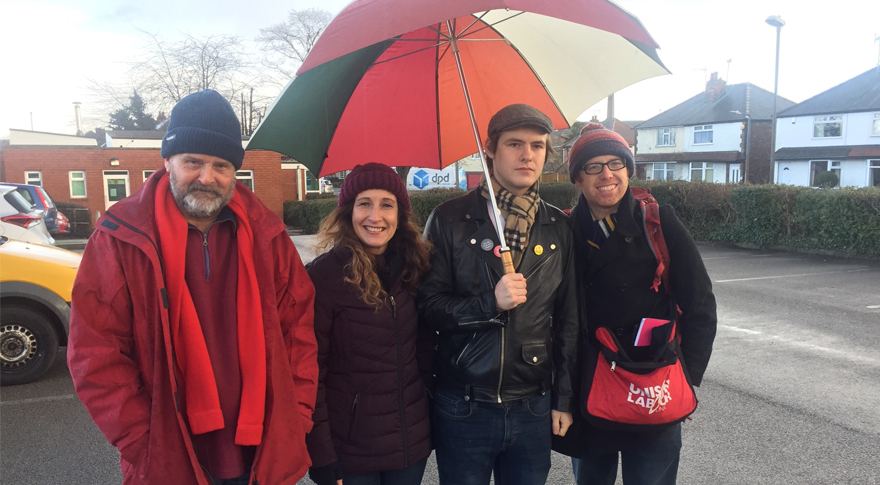 Last week, our Labour Party activists braved the weather warning to deliver a much bigger warning to residents in Sandiacre.

Since the Tories have been in government, Derbyshire has lost 337 police officers and 32 police community support officers (PCOs). This at a time when there has been a 24% increase in violent crime, 27% increase in weapons possession and 40% rise in public disorders offenses.

Borough council candidate, Celia Powers, said “The Tories’ repeated denial that the rise in crime has anything to do with the police officers they have cut is frankly embarrassing. Sandiacre residents deserve a better police service and political representatives they can trust.”

Fellow candidate, Geoff Stratford, said “Years of Tory austerity have also hit intervention measures aimed at crime prevention and in particular youth crime. Sure Start centres, social services and youth provision have all been stripped back leaving overloaded services approaching crisis points. We urgently need a Labour government and council that can start repairing the damage the Tories’ have caused.”