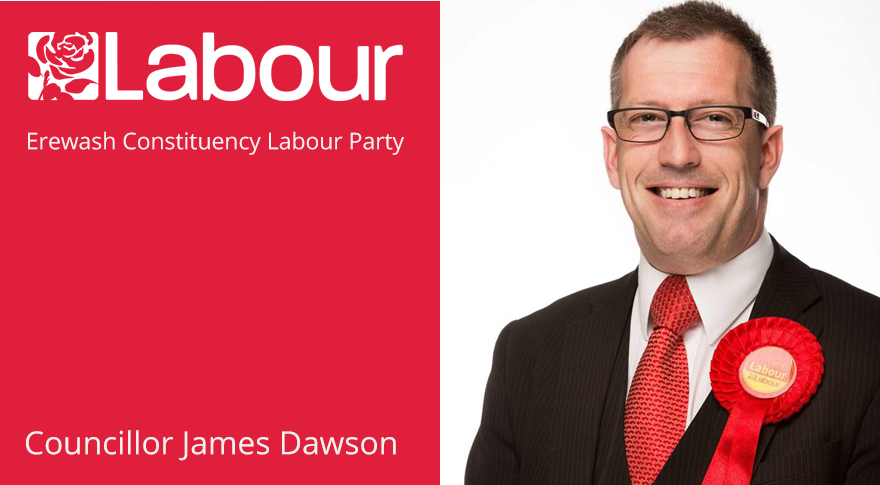 James was born in 1984 and grew up in Stapleford, moving to Ilkeston at the age of 23 he was elected to the borough council for the Abbotsford Ward in 2011, retaining his seat after boundary changes in 2015.

He is the Councillor for Awsworth Road Ward along with Councillor Glennice Birkin. James and Glennice hold regular surgeries throughout the month and details can be found here www.moderngov.erewash.gov.uk/mgUserInfo.aspx?UID=540

As Leader of the Group James is responsible for the Leadership and direction of the Group. He is also the Shadow Executive member for Strategic Lead and Policy on the Council. Aside from his duties as Leader of the Group, he also sits as a member of the Safer Stronger Communities Board of the Local Government Association, and is one of co drowning prevention champions for the LGA Nationally.

Outside of politics he is a founder member of the National Museum of the Royal Navy, a governor member of the RNLI and the Sailing & Cruising Association.

James is a keen historian specialising in Military and Maritime History, his other interests includes Sailing, and model making.